I am motivated by the flow of ideas and enjoy the whole process of actualizing them; starting with idea generation and conceptualization, then application development and project management, and finally marketing, selling and delivering on the idea. I love talking ideas. It is my belief that ideas are the cornerstone of any successful endeavor. 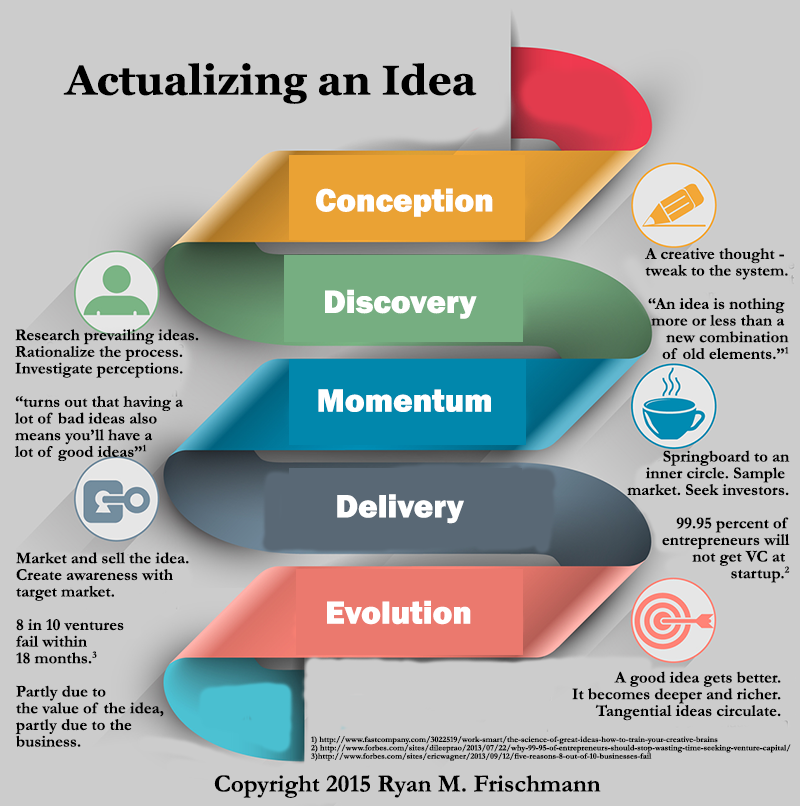 I  am fortunate to have read the book Make Your Idea Matter by Bernadette Jiwa; it resonates with me on many dimensions. As the title suggests, her main objective is to help us move an idea into something successful. I will share some of her insights and my reflections.

Ideas are formed in the mind but triumph in the heart… If you want people to act, you must make them feel.

You may come up with an idea in the shower, in the car, or as you go to bed. It starts as something tiny – a tweak to something that already exists. But if you become passionate about an idea and decide to actualize it, you connect to it on an emotional level – start feeling sensations in your heart and gut as you talk about it. As you convince others, you reach them personally. Following through on an idea is a soulful experience.

What makes a product, service, cause, or idea fly is the ability to understand its relevance to real people and to sell that.

An idea without a foundation never really impacts an audience. Like it or not, you have to answer a WIFM (“what’s in it for me”) for each and every person you are trying to reach. Otherwise you might get an applause for a great idea, but no one jumping on your bandwagon. For example, with a personal website concept, two WIFMs are: job seekers improve their chances of getting employed and personal branders have a platform to take ownership of an online identity – a requirement these days.

No matter what you’re pitching, selling, or talking about, talk to one person.

At every opportunity, you want others to listen and respond to your idea. Ideally, they become evangelists who spread the word. But perhaps they just share nuggets of advice. I like bouncing an idea during a random encounter or conversation; it is an opportunity to get honest, unadulterated comments.

This is why I think ideas are an integral part of a company strategy. If you have a great idea, then it sells itself. Sure, it can be difficult and costly to get early adoption (though using social media helps). An idea has the potential to go viral.

Some of my concluding thoughts on delivering on an idea: